Something quite comical and unforeseen has happened to me this week. The origin of this circumstance trails back to 2011 during high-school years. 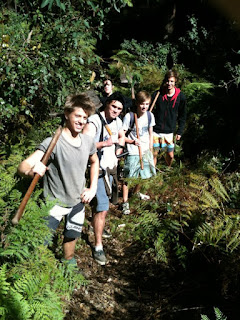 I certainly wouldn't describe myself as a disobedient teenager, however I was far from "normal". When something unusual or unexpected happened in the playground and teachers were trying to get to the bottom of a mystery, people would typically turn accusing faces in my direction during morning assemblies. My "knack" was the ability to get involved in something stupid with a group of people and then spur a dangerous or shortsighted twist on what we were doing at the time (turning mild into hot). 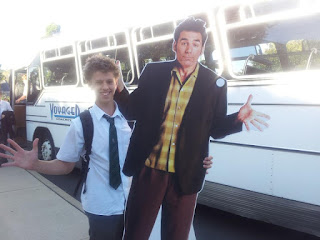 (^Bring a friend to school day.)

There are a myriad of absurd and enigmatic stories that I could squeeze into this post but I will focus on the golden egg, a classic example of irony:

Mater Maria Catholic College was a spectacular high school. This memorable place provided daytime accommodation and a uniquely comforting atmosphere for 6 years of my life (biggest understatement ever).

The school bordered a dense bushland valley, and I would seize any opportunity during lunch or recess to wander off and go exploring. After several weeks I pretty much knew the area like the back of a popular idiom.

There were various tracks, trails, ramps and jumps that intertwined throughout the valley created by mountain-bikers. One day, during a bushwalk, I stumbled across some treasure. Off to the side of the track, next to a jump presumably made by bikers were an assortment of tools: Shovels, picks, bush-saws etc. Without hesitation I snatched up the weapons of mass construction and began shuffling back towards the school to present my trophies to the gang.

I dumped the assortment of tools at my friends feet. My only explanation to them was a manic expression, accompanied with a beaming grin. Their reaction would be more accurately described as anxious rather than impressed. "Look what I found!" I announced. The dominant response was hysterical laughter. After the amusement subsided it was time to talk business. The group was clearly apprehensive towards my aspirations; but regardless, the quivering anticipation was obvious among them. I licked my lips then confidently asked: "Who wants to dig a hole?".

55% of the group walked away, 40% said something facetious, then walked away, and 5% sat down and watched. 100% of me knew that it was the right thing to do.

Day 1
Back into the bush I went, with my moderately loyal disciples 10 meters behind me in the safe zone. I marked out the perimeter of the hole, roughly 3 meters in diameter, and began scratching around at the thick top-layer of leaf matter. I wasn't able to make much progress before the end of lunch time alarm resonated throughout the "yard". Everyone marched back to class. I trailed behind, looking even grubbier than usual, but covered in the normal amount of dirt. 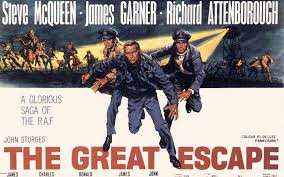 Day 2
Prior to leaving the house this morning I grabbed a change of clothes and some more garden tools. I was watching the clock all day until lunch time, itching to get back into the bush and keep digging. At 1:00 pm the lunch bell sounded, and I was down in the bush by 1:02 pm, rippling with adrenaline fueled energy. I quickly changed into my work clothes and got digging.

The most worrying aspect to this whole operation is that not once did I have a questioning or doubtful thought in my mind asking why I was doing this. I think this is something that only males entirely understand. Maybe I was just bored with sitting around at lunch time, and felt like a bit of a rush.

Today marked a milestone in my scheme. My enthusiasm and passion was clearly breeding among my peers, and I noticed that the 5% of moderately loyal observers, had become moderately loyal diggers. With the extra man power we were really making some ground (or removing it more-so)!

Day 3
By 1:01 pm there were 15 of us in the bush. We had enough tools to allow 4 diggers to contribute to the hole at a time. At regular intervals we would rotate shifts. There was a substantial production line now, and we were remarkably efficient. 3 people would remain as permanent scout patrols, warning the gang against teachers encroaching upon our proximity.

We were overflowing with excitement, the hole could now accommodate 5 of us. It was at a depth that required a helping hand to climb out from. At dinner that night, I couldn't help but be reminded of the scene from "The castle"... "I dug a hole".

Day 4
Catastrophe. It was going so well, we were making great progress. But it had rained all night and today was sabotaged.

Day 5
I notified the boys to bring gumboots. We weren't your average sissy hole diggers, and we were not about to be subverted by crappy weather. At 1:00 pm our fears were confirmed when we established that the hole had indeed filled to the brim with water.

We initiated a series of covert operations to collect garbage bins strategically from around the school. They made tremendous bailing buckets, and we were able empty the "pool" and get back to shoveling sloppy mud.

20 of us returned to class that afternoon drenched, filthy, and emanating an earthy aroma. Our teacher appeared to be suspicious, but everyone seems suspicious when you are paranoid.

Day 6
Word had spread. I can't imagine how... Maybe it had something to do with half of our grade disappearing from the lunch area, and strange cannibalistic noises radiating from the bushland. But regardless, the teachers knew that something was up.

In hindsight, it has come to my attention that the teachers severely outsmarted us. They were aware of this operation earlier than we presumed, but were merely waiting for the right opportunity to strike.

We knew that the end was rapidly approaching. Consumed with passion and ferocity, we dug until the end of lunch alarm went off. Spectators began frantically fleeing the crime scene. There was an unspoken mutual agreement between a handful of us that we were going to die here if we had to, so we kept digging.

It was now 20 minutes into 5th period, and one of the boys had lost his nerves. We couldn't criticize, but as he walked off to class we all looked at each other and hissed "pussy!".

Another 10 minutes passed. Footsteps were approaching, and I prayed that it was a student, or at worst a pushover of a teacher.

The jig was up.

Emerging from the undergrowth was the epitome of discipline, the vice-principal stood there, jaw-dropped. If Stalin had emerged from the shrubbery I would have been less fearful. Here I was, covered head to toe in mud, wearing a blue wife-beater singlet, mid shovel swing, and staring eye to eye with our school's undertaker. If looks could cremate, i'd be ash. I tried to calm myself down by reciting advice in the back of mind "it's more scared of you, than you are of it". I contemplated growling to scare her away.

(Okay, maybe i'm being a bit harsh. But you have to understand how frightening this woman was. I had no idea at this time, but she turns out to be a wonderful lady, with one hell of a sense of humor).

Before I could react, a torrent of yelling bowled us all over. For those that weren't experiencing cardiac arrest, we were required to follow her to the office for solitary confinement and interrogation. 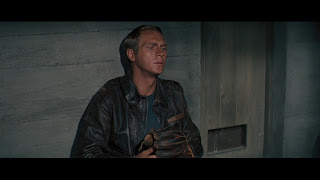 Day 7 - Sunday detention
Day 6's relentless interrogation inevitably resulted in some form of punishment. The same teacher met us early Sunday morning, grinning ear to ear. We were very uneasy, and expecting the worst, but the penalty was fair. "Who wants to fill in a hole?!" she asked jovially. We all stared back at her, perplexed. "What the heck inspired you lot to do this?!" she burst out. We all looked at each other, speechless; then erupted with laughter. 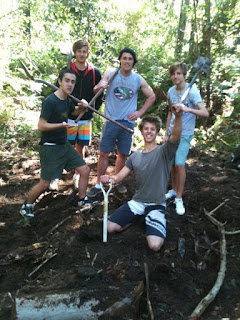 Unfortunately I didn't get a before picture, but here is us on the Sunday detention sitting above a filled hole.

She needed an extra employee over the holidays and has been looking for a "hard worker", I am most proud to say that she thought of me first. I find it comical that if I hadn't have broken the rules, been petrified of an ex-teacher, and had such unusual motives, then I wouldn't have been employed currently.

I thought i'd also place a link here for future reference:

That's the end of year graduation video that Alex Gastrell and I put together for the year group (2012). :)