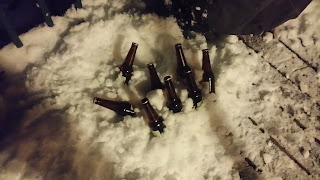 During July this year I went away to Thredbo with an awesome group of mates on a snow trip. We left Sydney in two medium sized cars amongst the 7 of us, our luggage, ski gear and enough alcohol to convince ourselves that we were competent skiers. Nothing beats the buzz of energy shared between a group of people leaving for a holiday (except maybe being confined to a 5+ hour car trip tainted with my dad jokes, and Jordy's fuel efficiency challenges). 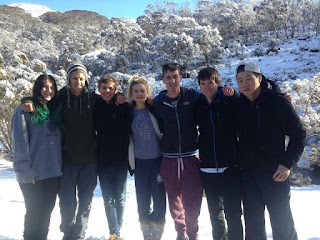 Upon arrival, we quickly adjusted our previous living habits (well, most of us except the sleeping beauties). We got into the rhythm of waking up at 7am, and hobbling down to the chairlift draped in ski gear by 8am. We would explore the resort until lunchtime (this includes keeping ski patrol busy!), then spend unethical amounts of money on really ordinary food.

We would hit the slopes at a cracking pace until the chairlifts closed (4 or 5pm) and head back home. Then it was game-on for the first shower. 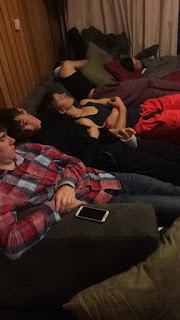 At 6pm, if we weren't passed out, exhausted on the couch, we were getting very involved in a complicated drinking game at the house. One night was an exception. There was talk around town of an Aussie hip hop artist - Seth Sentry performing at the pub. Most of us were only vaguely familiar with "The bacon song", and so there wasn't a huge amount of enthusiasm to check him out (Weak, Sheridan!). However I managed to convince my right hand man, Max Power, to come for a stroll.

There had been some serious snowing going on, and the entire village was covered in a thick blanket of powder. We arrived at the pub; it was incredibly flat and reeking of apathy. I've seen more enthusiasm from Amish people in JB HI-FI. It was hardly worth the effort of even convincing the pretentious bouncer that we hadn't had any drinks. After leaving the pub shortly after arrival, I initiated an epic snow fight in the courtyard outside. We confirmed the myth that civilians aren't always as frivolous after being hit in the face with a snowball as one might expect. Maybe it was better to stop throwing hefty slabs of snow at head height...

We had another incredible idea. Something that I've always wanted to try and replicate is the way that snowballs behave on cartoon shows. They always seem to exponentially increase in size, becoming a monstrous epidemic, absorbing everything they touch. I packed together a basketball sized snowball and began rolling it around the courtyard. Max was somewhat apprehensive at first, but after 10 minutes, and countless patronising comments from "unsober" spectators; the snowball was the size of an exercise ball. It was becoming surprisingly heavy and tricky to maneuver. With two of us now manning the snowball we were really making some ground, it began really picking up snow.

I noticed that the ball wasn't the only thing "snowballing", our audience base was growing rapidly. After 20 minutes, it seemed that we had more of a congregation watching us roll or ludicrously sized snowball around the pub exterior, than Seth Sentry did on the inside. Everybody was watching us with boisterous amusement (sorry for stealing the show Seth!). What were originally snarky comments had evolved into drunken cheers of encouragement! The snowball was now a large boulder, and a potential cameo for the Indiana Jones movie - Raiders of the Lost Ark.

After Max was almost crushed to death by our carcinogenic ball of death, the pub bouncers finally put a stop to this madness. 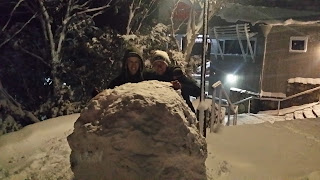 Here is the beast, with a hefty 1.6 meter diameter and estimated 250+ kg weight the only thing more substantial was our confidence. I can assure you that there was quite a large assembly of  rambunctious pub-leavers behind the camera, wielding inebriated remarks of praise. The disapproving stares of the bouncers was almost as chilling as our frostbitten, lifeless hands. Just before leaving, we precariously left the snowball positioned at the top of a staircase. How's that for entrapment?!

On an unrelated note, I'd personally not recommend trying the local swimming pool. Yeah it's indoor and heated, but entry is expensive and swimming costs extra. Not to mention, that place has more rules than a guide book to dating. Since when was cursing, cannon-balling or skinny dipping barred?

Thanks for a freaking awesome trip everyone, definitely keen for another! Next time keep me away from the microwave, Jordan away from the fridge, Sheridan from the Cointreau, Jackie and Lewis from the TV, Abbey away from my relentless teasing, and Max closer to the green runs! 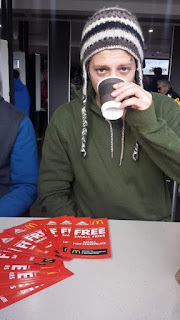 The weathered face of a man who has been denied the exchange of 74 free small fries coupons.
Posted by Unknown at 07:11