WESTLEIGH, Sydney - The last few weeks have entailed some fairly unusual and suspicious activity in this sleepy suburban town. Only recently, our neighbour's house had several valuable items disappear (presumably stolen), including a car, mobile phones and wallets. Similarly, several days after this incident, another household was reportedly infiltrated and pillaged by unknown assailants.

Now, I'm no expert in the field of statistics, nor do I have forensic skills  greater than anybody who has recently watched an episode of CSI. However, it seemed that there was a distinct increase in the amount of criminal activity roaming the streets of Westleigh. Was it due to the almost comical number of cats living in our street? I ask myself. Whilst one should remain logical in these situations and be aware that correlation may not imply causation, I still find it awfully suspicious...

It is safe to say that many of the Westleigh residents are on edge, our family included. Even the sound of a dog barking after 6 pm will prompt a household announcement. With that juicy piece of context out of the way, I will now reveal a true insight regarding last nights chapter in this provincial wake of destruction. 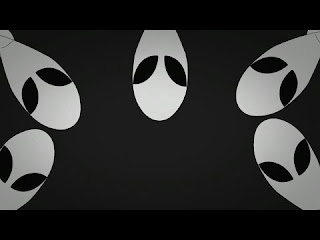 The following is a recount of my father's supernatural encounter last night. (Forgive me dad if this isn't exactly what you described; "Chinese whispers").

It was late at night. Dad was in bed, sleep-talking the lyrics to his favorite song "Bubble Butt" by Major Lazer. Just kidding, it was "Gaybar" by Electric six. He was approaching the chorus..."I wanna spend all your money...", when suddenly a vicious scraping noise interrupted his peaceful vocals. He tore off the bed sheets and sat upright, listening acutely.

The scraping noise continued. Dad remained deadly still, dazed, and slightly upset by the interruption to his raunchy dream. Auto-pilot mode suddenly kicked in, and he stumbled downstairs, armed with an archaic digital camera and uncomfortably short boxers. He was prepared for anything, except maybe wind chill.

Without hesitation, Dad burst through the front door and ran blindly towards the commotion on the street, just outside our house. It was surprisingly dark (night time eh?), and he was unable to make out the features of three shady figures standing around suspicious vehicles. Dad went for the bold approach of shooting first, then asking questions later. "WHAT THE F*%$ IS GOING ON IN MY STREET?!" he yelled threateningly.

*At this point whilst dad is telling me the story, I am hysterical with laughter. We've only lived in "his" street for just over a year now, and we barely even know the neighbours. Yet, he has already assumed the role of "Alpha Citizen" (A.C.).*

Dad manages to hastily snap off a photo during this intense interrogation. He is responded to with a powerful torch-beam, aimed directly at his dazed face like a spotlight. Unswayed by this deprecating response, dad musters the courage to bark another question. "WHO ARE YOU?!" (No, my dad is not Liam Neeson, but he seems to think he is). His eyes had adjusted to the poor lighting at this point, and his focus was now shifted to the silhouettes of the shady figures. "Is this your car?!" an authoritative male voice asks. "WHAT IS GOING ON?!" dad demands. I have to give him praise here, he definitely doesn't muck around.

"Relax sir, we are police officers" the man responds calmly. "Oh..." utters dad sheepishly. However he has not been entirely discouraged, "Well I'm going to need to see some proof!". At this point, the 2nd figure begins to giggle, it was a female officer who was very amused by this ordeal. The male policeman tries to hide a smirk as he shines the torch off dad's face and onto his badge, just next to his bullet-proof vest and utility belt. Dad looks at the 3rd figure with a glimmer of hope, it was the tow truck driver. Any sense of authority that was so recently gushing from dad's mouth was now running down the storm-water drain. "Well, okay then" dad confirms. "I think you better go back inside sir" the male policeman suggests. 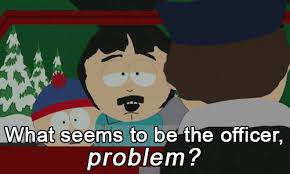 Dad toddles back up the driveway, closing the front door behind him; but he is not quite ready to call it a night just yet. He rushes over to lounge room window, and begins peaking through the blinds at the police, still curious. About 5 seconds into his surveillance, dad is once again hit with a beam of light from the policeman's torch. "okay, okay..." dad confesses, then strolls back to bed. 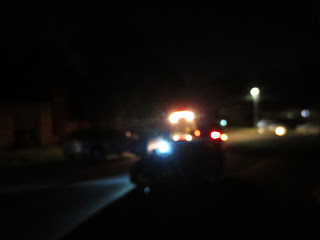 Shown above is dad's impervious evidence to a potentially catastrophic situation. While dad is desperately showing me this hardcore proof to try and justify his act of gallantry, I couldn't even focus on the unfocused photo through my tears of amusement. This picture is almost as reliable as a Bigfoot sighting! The problem with mythical creatures is that they all seem to hang out in out of focus locations.

Haha, thanks for taking care of "your" street, and providing a hilarious story Randy Marsh! :) 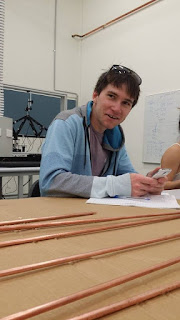 "I grew up in an animal shelter on the central coast. For most of my childhood my dearest friend was a domesticated ferret. We shared a lot in common; smell, facial hair, and toilet training complications.

At the age of 5, I was finally adopted by carnival folk that were passing through my home town. They appreciated me for my human-like qualities. As a victim of home-schooling; I can safely say that I was almost the toughest kid in school, and rarely bullied. Sometimes my carnie-mother would threaten to beat me with a cabbage in exchange for my lunch money. I knew that I had to escape from this madness...but would I ever find my true mum's spaghetti?

By the age of 10, I was running the carnival. We would travel from town to town, adopting scoundrels like myself from animal shelters. I sometimes wondered whether I would ever achieve my goal of becoming a true Pokémon master. Would I catch them all? Unable to find any AA batteries for my Gameboy, it was awfully difficult to even evolve my Charmander. So as a substitute for Pokémon, the orphans were my Pokedex; and I, their Pokémon trainer.

By the age of 15 I had almost completed the Pokedex. There was a fat kid, Snorlax. A malnourished child, Weedle, and even a baby with tentacles. I was well on my way to the elite four…
Today marks my 21st birthday, I can safely say that I suck at Pokémon, and will never be a true Pokémon master, but at least I drive a car that is only moderately queer."

"Apparently most sky-diving deaths occur on impact" - Max Power
Posted by Unknown at 07:15 No comments: